Welcome to Banana island. Banana island is an artificial island off the foreshore of Ikoyi - secluded by design, it annexes the upscale neighborhood. It is a beautiful small island eponymously titled after the shape of a banana. I’m going to be taking you on a virtual tour of this island to better understand it’s houses, streets and geography .

The first thing you notice at the entrance of Banana is the tight security. Personally I find it underwhelming as I’ve seen better gate houses in less luxurious estates but you don’t judge a book by its cover. You’re not allowed in as a non-resident unless a resident calls the gate and clears you. You will be given a code for access. This changes every hour . So for those of you that have never been to Banana, this is a virtual tour that I hope somehow will make you feel a lot less lost when you do get here. 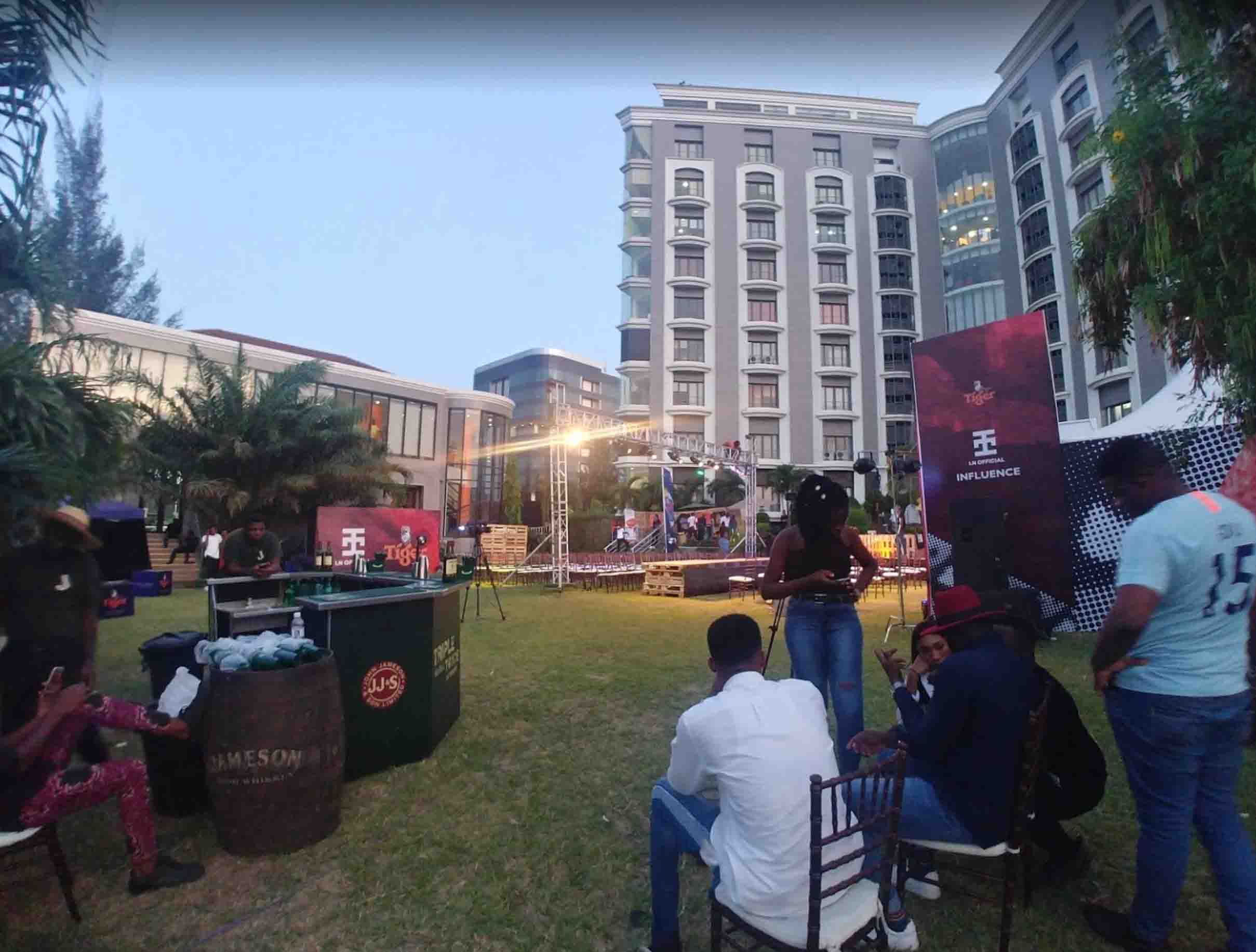 The airtel office. Apparently the headquarters of Airtel Nigeria is domiciled here in this building. Other companies are in this building complex as well. It’s in proximity to another office complex - the Lake point towers. 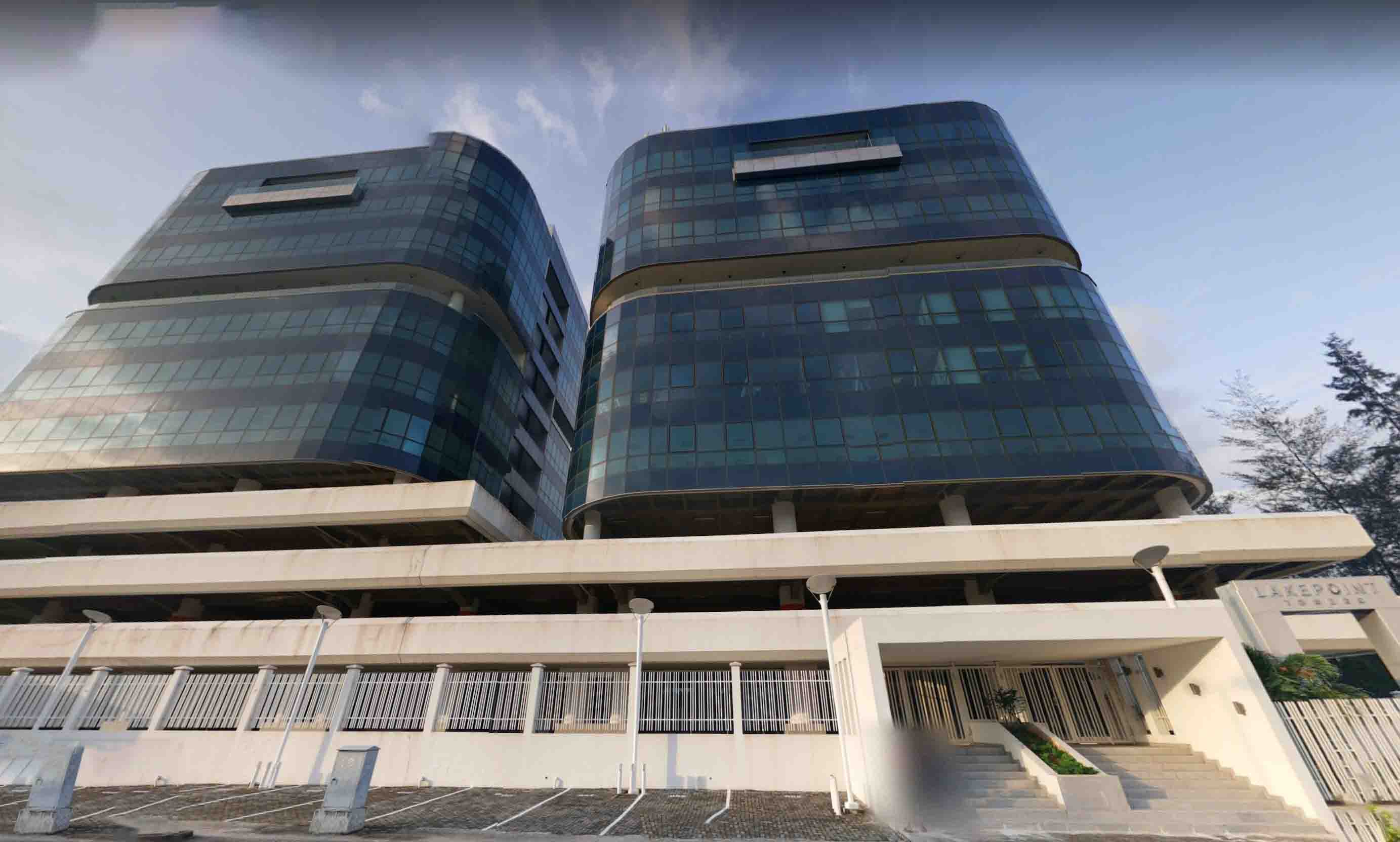 Lakepoint Towers is a two tower office development located along 4th Avenue in Banana Island, Ikoyi in Lagos. Both towers deliver a circa 14,000sqm of Grade A office space, which includes a rooftop garden replete with the views of the Lagos Lagoon. Construction was Completed in 2016.

This development is located in the Mixed Development Zone of Banana Island, where a few other high rise developments such as Ocean Parade, Bella Vista and Adunola House are located.

The developers, Lakepoint Limited, alongside other partners are also behind Lakepoint Apartments, a residential development with 17 luxury apartments, 3 maisonettes and 2 penthouses right at the entrance of Banana Island.

Behind these two office complexes is the 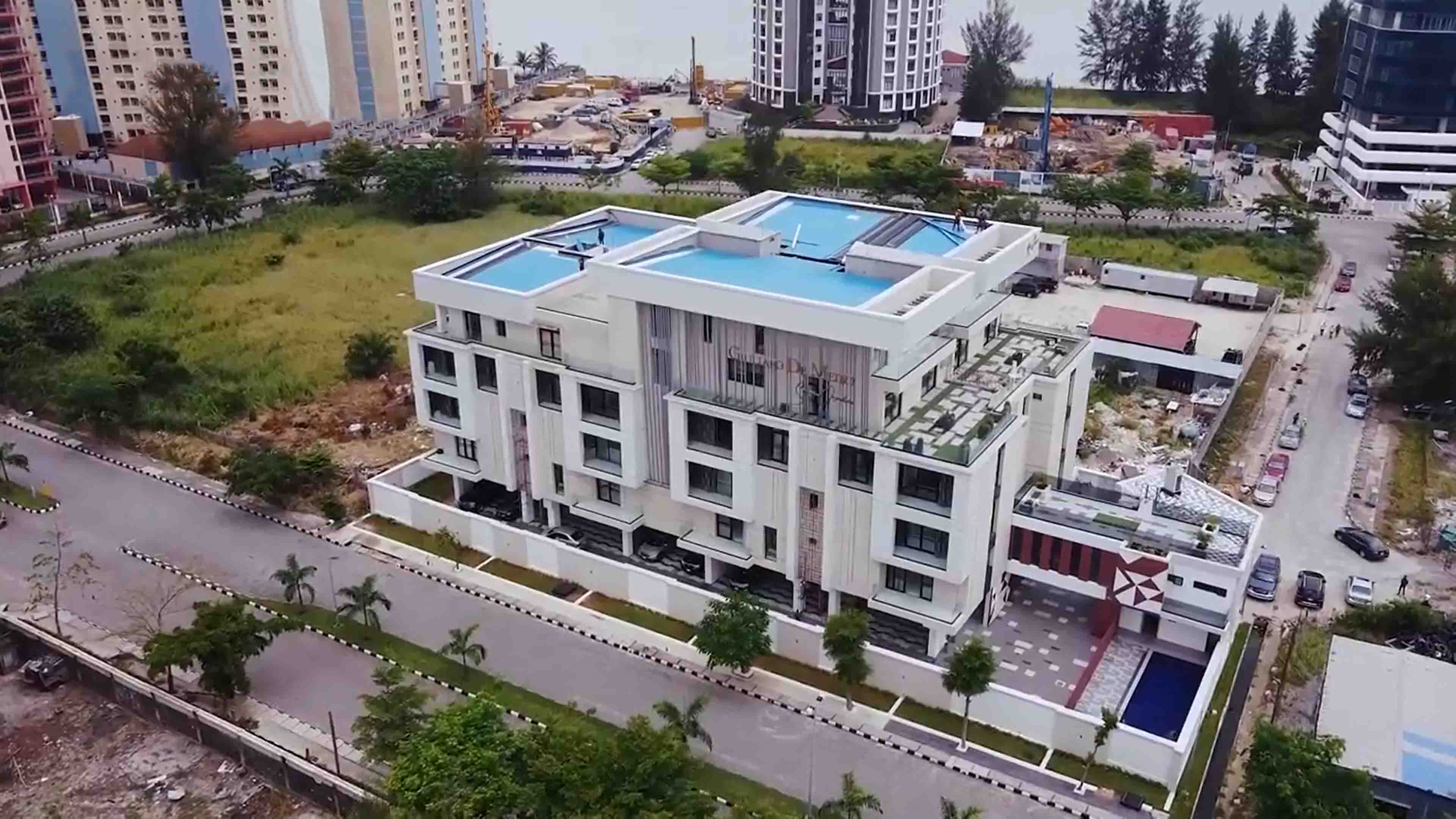 Probably one of the most recent and impressive residential architectural edifices in Banana - a development by Sujimoto.

Inspired by Giuliano de’ Medici (25 October 1453 – 26 April 1478) co-ruler of Florence, in the 14th century. with his brother Lorenzo the Magnificent, he complemented his brother’s image as the “patron of the arts” with his own image as the handsome, sporting, “golden boy.”

The Giuliano has 8, 5 bedroom luxury terrace apartments and two penthouses. It also has a three car garage, a cinema and a general pool. Davido bought a unit in 2020. 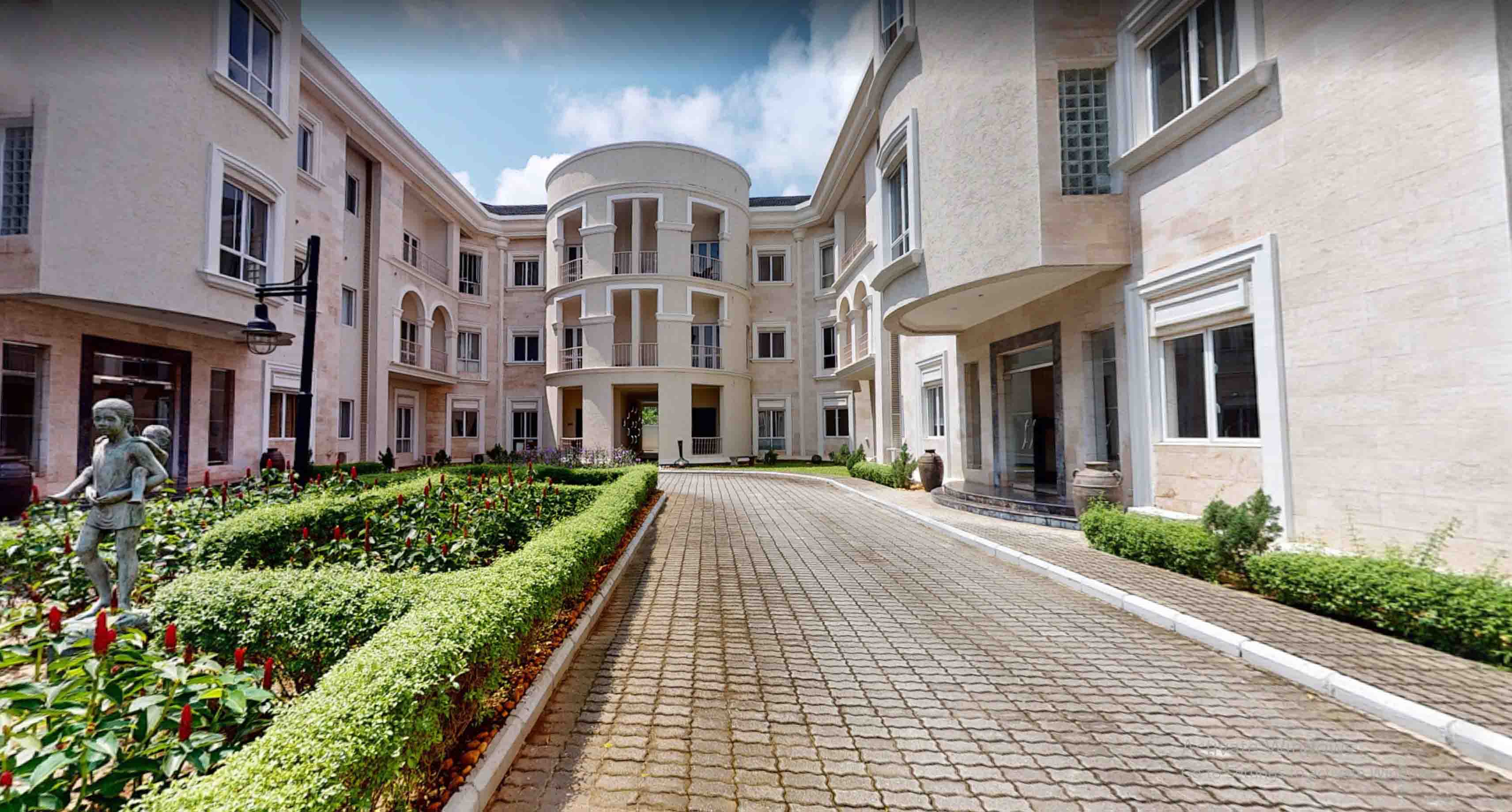 This is a typical apartment setting consisting of several apartment units; 2, 3 and 4 bedrooms. But there is nothing typical about the architecture. Echina court consists of several distinct units, each contributing to an elegant whole. It is among the most desirable properties on the market, with its various apartments offering stunning views of the beautifully landscaped garden area. Echina court adds a new dimension to the architectural story of this area, almost a hint of victorian architecture or 14th century France. A spirit of traditional craftsmanship is evident in every detail. It has a common pool area behind, that can be used for chilling and pool parties. Apartments here go anywhere from 19million naira to 24 million naira per annum.

We’ve been seeing apartment styled buildings next let’s see how a fully detached building looks like.

This is a typical fully detached mansion in Banana island. As usual, it is an interlocked compound, with a beautiful backyard. It is a two storied building and of course it comes with a pool!

Inside feels like a glass house. It has a beautiful terrace view overlooking the quiet neighborhood. There is a massive room across the balcony area with high transparent see through windows from which you can observe what’s going on outside. It also has rooms with wooden paneled doors and wardrobes, nice toilets and a nice kitchen as well. 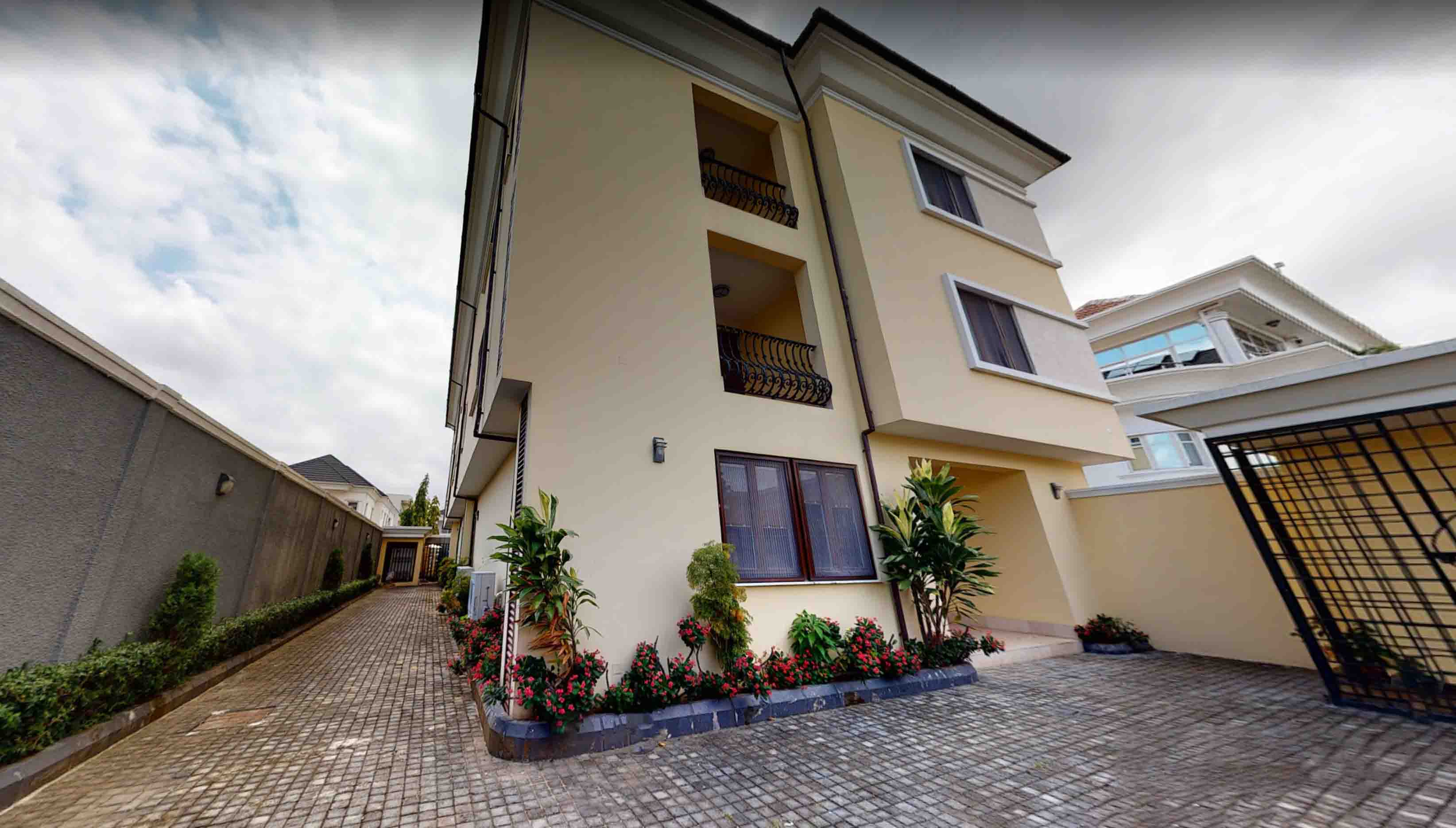 So this is a tour of the geography of Banana island and some key spots on here. I hope with this you know a little more about your lagos and you can navigate Banana island more effectively. If you want to get a property in Banana you can contact us today +2348101536132

We'll send you the best of our blog just once a month. We promise.
© 2021, All Rights Reserved.