you should be aware that legally binding property transactions can only be done on a properly titled property registered at the state’s registry.

The major title you should always look out for is the C of O. The certificate of occupancy is a document that confirms the lease of a piece of land to an individual for 99 years.

Other land titles you should know are:

i.) Governor’s consent: a governor’s consent can be considered as a title because it confers authenticity on a land. Like the name implies, it is a duly signed and stamped deed of assignment by the governor of the state.

This shows that a land with a C of O title has been transferred to another owner duly recognized and backed by the state and power of the governor.

Other useful titles to note are:

ii.) Excision: Excision is the process by which the government carves out areas in places it deems urban areas and officially releases and recognizes the ancestral owners as the lawful owners of that portion. 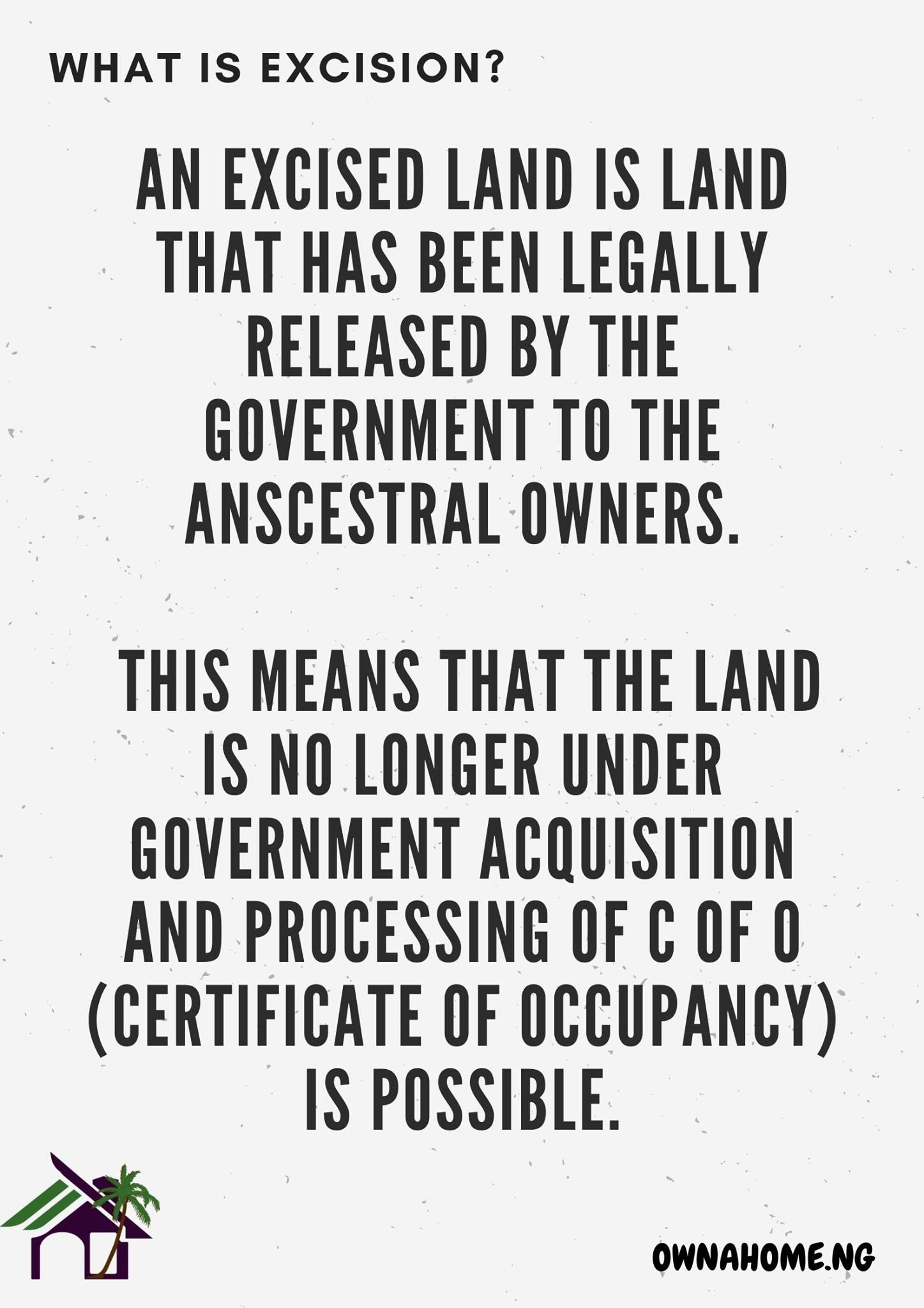 iii.) Gazette: This excised portion is subsequently recorded in the government’s official journal called the gazette. This is a recognized land title. 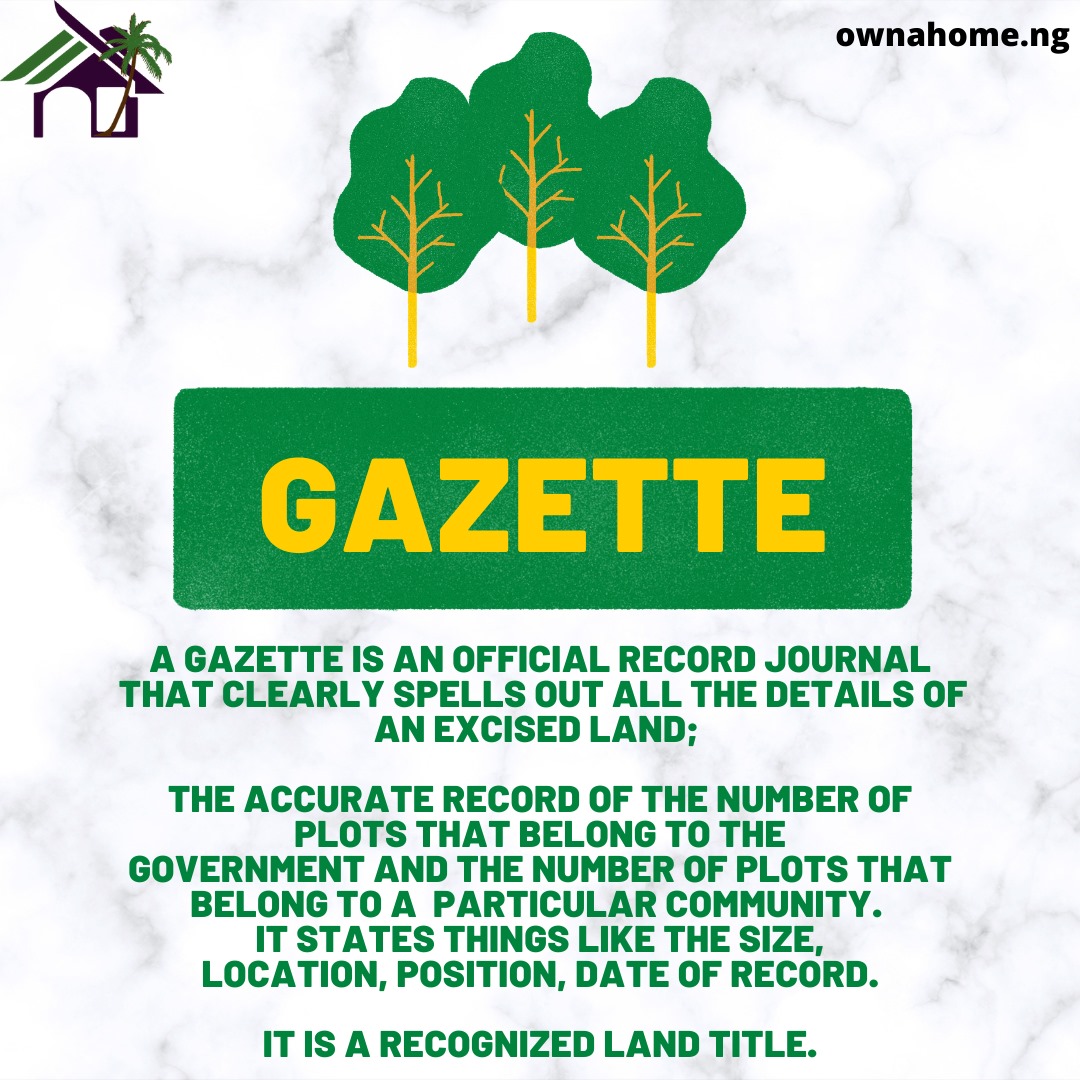 Per the land law, if land is not registered or the survey lodged in the Land’s bureau and duly approved by the governor - through the C of O or allocation - you have no enforceable legal right over it.